The day is so close, when the prince will come here to us, and we are very excited to be able to participate at this very important event for the valley, but especially for Compiano, which will receive his visit. We, with three other guys of Tarsogno’s school, are part, for a while time, of the Musical Band of Tarsogno, which is in our village for 130 years. With us will be present the members of the complesso musicale “Città di Collecchio”,  with we are twinned, thanks too at the help of the teacher Roberto Fasano. Many important events took place during the year, not only in our territory, but also in other foreign countries. Furthermore, we had performed in numerous band gatherings and in concerts, which occurred in the national territory and not just. During the last summer time happened the twinning with Charenton Le Pont (France) community, who after we reached in September in their country, Rungis, where they warmly welcomed us and where we exhibited.

But the real doozy of this year will the meeting with the prince  Albert II of Monaco, who will coming in historical castle’s suburb, belonged at the Landi’s family with who Grimaldi had related. In the morning he will be in the Bardi’s manor, where will took place the official lunch and the presentation of the book which spoke about ties between the state of Monaco and the little town of our valley, while in the afternoon the prince will partecipate at the inauguration of the restored square dedicated at the marquise Gambarotta and the unveiling of a plaque remembranced this visit which will be hanged at the entrance of the fortress. The event will be opened at the public and all will accompained by our Musical Band,  which we are proud to be part of it. We will play the Monegasque anthem, our Mameli anthem and, at the end, the beautiful notes of Verdi’s Nabucco and Aida. For a little entertrainment in the waiting of the arrival of the majesty, we will play folkloristic march. Having been officially invited, we will the honour and the pleasure to pass the afternoon in the castle’s room with him. 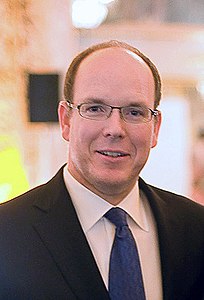